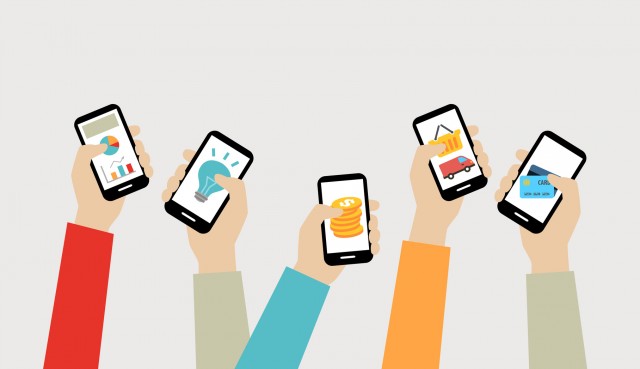 A lot of commercial activities are happening through mobile applications, and it plays a dominant stake in business conversion. From the consumers, retailers, workers, homemakers, the apps have captured the world with the technological advantage of the smartphone. Most of our online shopping, reading, listening, playing, or even communication has been majorly accomplishing by smartphones that are controlled by the applications. Your handset comes with an application suitable for every use, or you can find out an appropriate app for meeting your requirements.

Now, as a company or marketing strategist, you need to be aware of the precise data in order to properly incorporate video marketing into your campaigns. Needless to say, creating video requires resources, so an optimized video campaign will use all types of marketing techniques, including text and image based content.

In order to help you make the right decisions, we have put together a comprehensive list of some useful and actionable statistics and facts on video marketing in 2019. You will get a quantitative idea as to how videos are affecting web traffic, business decisions, consumer habits, and different online and social platforms. So without further ado, let’s get started: 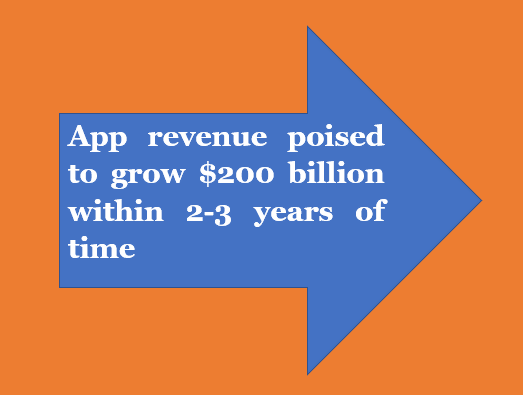 As per some survey reports, the growth of application development and application usage shows an upward trend with very month. The growth rate remains to continue and soon, shall cross a revenue of $200 billion within 2-3 years of time.  Regardless of one being a general user, a marketer, developer, or any individual, must be aware of its statistics in today’s time. Let’s look at some basic pointers to understand the App usage statistics from the recent reports.

The most common statistics of the application data usage:

Time spent on mobile by the users:

Which app store has the highest number of users in smartphones?

Hands down, more users visit and use Google Play Store than Apple and Windows Store because of the customization advantage Android offers. 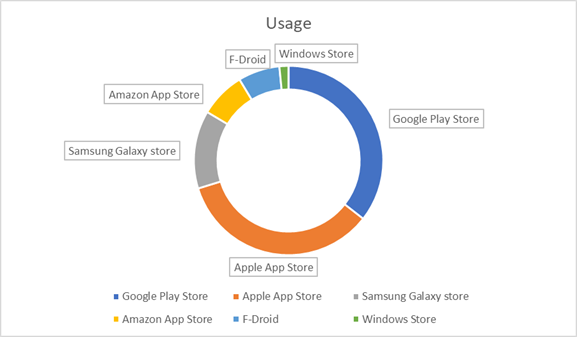 Ø  The mobile application users stand at 3.5 billion at the beginning of 2019.

Ø  Every individual is reported to have spent at least 69% of their media time on smartphones using the favorite applications.

Ø  Even though the market rose to the point of having an application for almost every need, users are still reported to be using approximately 15-20 applications monthly, 8-9 applications daily. The apps they use include the application they use daily.

Ø  By 2020, smartphone users across the globe are expected to cross 2.87 billion.

Ø  As per the report in 2018, 61.3% of the population was having access to the internet via mobile phones.

Ø  Mobile devices are close to driving 80% of online traffic.

Ø  The 2018 reports state that up until the 4th quarter, over 2 million applications were available, which represents a 3.14 percent decrease in the mobile app when compared to the previous quarter.

Ø  Mobile applications are seeing a dip in their statistics due to the fraudulent transactions that have happened over applications, security concerns, and having to share the cellular data with the developers of the app.

Ø  As of 2017, reports have mentioned having witnessed 197 billion downloads of mobile applications, and now the total number is expected to increase by up to 258 billion by 2020.

Ø  Google Play has around 167% of more free applications that any other App store.

Ø  Out of the available applications, only 83 paid apps in Google Play Store enjoys 1 million downloads.

Ø  Minimum 9% of all the applications offer an in-app subscription enabling method.

Ø  Most downloaded apps are gaming apps.

The type of applications preferred majorly by user:

Users have shown more interest in game applications over other apps. Let’s look at the graph below to understand better.

As per the current statistics, there is a list of forecasting that conveys how 2020 will look like in terms of application uses and the trends will it bring or change in the current industry. Let’s look at some underlying factors. 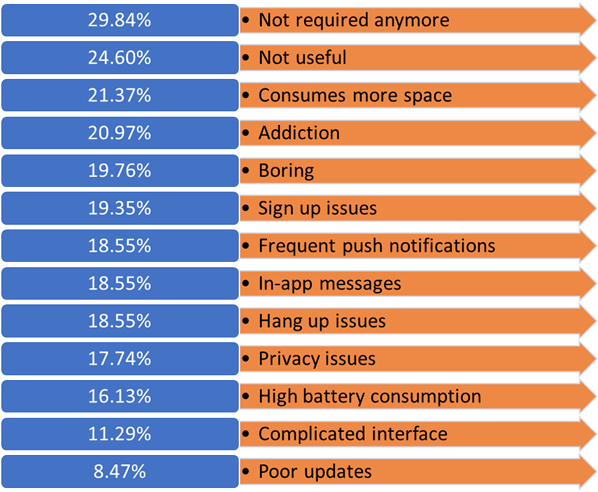 Popular Apps and its mobile usage time based on 2019 survey: 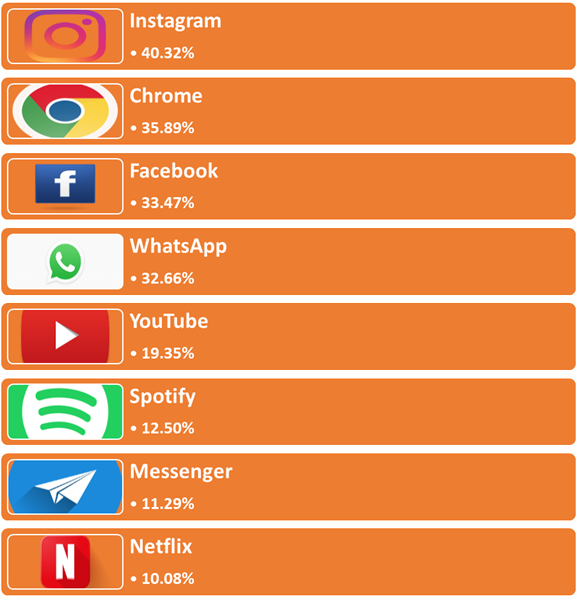 The trends in the app segment are very positive. All most all services and commercial activities are gradually inclining towards introducing new apps, upgrading existing apps, and ease up the interface.  Mobile users will be highly depending on apps for essential services and online commercial activities.  The statistics and forecast trends imply that more people will rely on apps for various daily requirements.Conclusion:

The communication technologies show tremendous advancement, and with the introduction of 5G technology, there will be significant developments in the way how we communicate and engage with applications. For meeting the challenges of contemporary times, all apps need to get tuned to accommodate the demand of the changing time.  Modernization, changes, innovations happen daily, and accordingly, the expectations of the consumers also very high.

The annual app download will increase multi-fold. By 2021 the projected mobile app download will touch about $353 billion. It shows the growing demand for application and the need continue to surge over the years. It is a new reality, and as a result, more players are entering into developing applications suitable for various online activities. The future of apps, especially the future of mobile apps, are very promising, and the possibilities are unlimited.