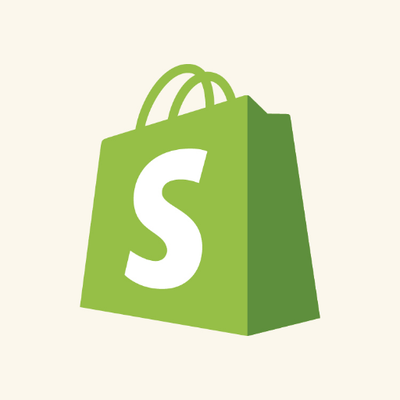 There has been a tremendous increase in online shopping in recent years. Online shopping makes things easy for you, as it can save on the travel time and parking hassles along with long check out queues. So, how to make it big if you do not have such a website or a platform to run an online business? You do not need to get into the hassle of making a website or doing the software part; platforms like Shopify are there to help you. Shopify helps you in setting up an online store as well as assist in payments, shipping, marketing, and customer engagement.

Why does anyone need Shopify?

People are getting more and more tech-savvy and do most of their work online using laptops or mobile phones. Getting ready and then driving to the store to buy a few items is not a choice in the busy lifestyle of modern-day people. They are always in a hurry and want to do things as quickly as possible. As a result, they prefer to shop online and buy goods only at the online stores that offer a variety of services in a single click.  At Shopify, you can have the merchandise delivered to the doorstep, which is a convenient option, as you don’t have to carry the heavy shopping bags. It also offers friendly and hassle-free online payment, since no more waiting at the counter for payment.

Understanding the size of Shopify

Top brands that use Shopify

Business Highlights of Shopify for the year 2019

As per the business source, 2019 was an excellent year for Shopify. The company could garner 1 million+ merchants. The efforts from the management were overwhelming; as a result, merchants had improved opportunities to close more sales. Let us check some of the financial information for the whole year 2019.

Advantage of online business and the Shopify way (hostsorter)

Online business has many benefits. The most significant factor is its flexibility and convenience in doing business at your convenience within your comfort zone.  You can find many platforms offering online store services, how the way Shopify offers. Now let us check the advantages of Shopify and what it provides for the customers.

The journey of Shopify (hostsorter)

In the year 2004, the trios Tobias Lutke, Scott Lake, and Daniel Weinand wanted to sell snow-boards online. While searching for a suitable e-commerce platform, they could find anything that matches the expectations, especially Luke.  Since Luke was a qualified software developer, he developed software to sell their products and named it Snow devil.

Soon after, in 2006, they launched Shopify, headquartered in Ottawa, Canada, by developing a new e-commerce store in line with the software developed by Luke. The 2009 Shopify further launched the API platform and App Store; in 2010, they started offering the free mobile app on the Apple App Store.

In the year 2010, Shopify becomes ‘the fastest growing Company’ as per the standard set by Ottawa Business Journal. Being accredited as the fastest-growing company, they received:

The power of Shopify Apps:

Shopify apps play an important role in powering the platform. It is easy to download and install.  The app statistics are as follows:

What is unique about Shopify Plus? (hostingtribunal)

Shopify Plus comes with more customization features in the basic version and designed to meet the requirement of entrepreneurs.  In Shopify Plus, you will have to pay fewer transaction charges, and also it offers features to add more staff accounts, which means it will help you to reduce overhead costs.

The traffic of Shopify on Desktop devices: (hostsorter)

In the mobile era, it is still interesting to know the kind of traffic Shopify gets from desktop devices from where it gets a considerable amount of business. Desktop still has the edge of advantage due to the easiness of navigation.

The exciting fact about Shopify

Every business or idea has a shortfall, so did Shopify. But they had a unique way to handle it. Shopify had faced a DDoS Attack in the year 2016, and the hackers were able to sneak into the bank details. Then Shopify paid a total of $850,000 to hackers to test and verify the security of their website and App for understanding the vulnerability of the site and finding solutions.

With all said and done to tackle the hacking issues, Shopify has been in the upswing, as more and more people turning towards online shopping. As per the market trend, Shopify and e-Commerce solution providers are going to make it big. The rapid advancements in mobile technology are also contributing its share to increase online shipping, as many people find it is easy to do online shopping with their smartphones.

If you too want to open an online shop, why not chose to be with the pioneers of the industry. You will not have to take the pains of developing, maintaining, and upgrading the software; all will be done by Shopify. You shall have to pay monthly rent and use the facilities. Also, nothing to worry as if you get stuck somewhere, Shopify helpline is there to help you 24/7 ready at your service. You will find Shopify, a reliable online business partner, and offering time tested e-commerce solutions to open an online store, manage the business, and market the product irrespective of the size of your business.

Links used in the article: