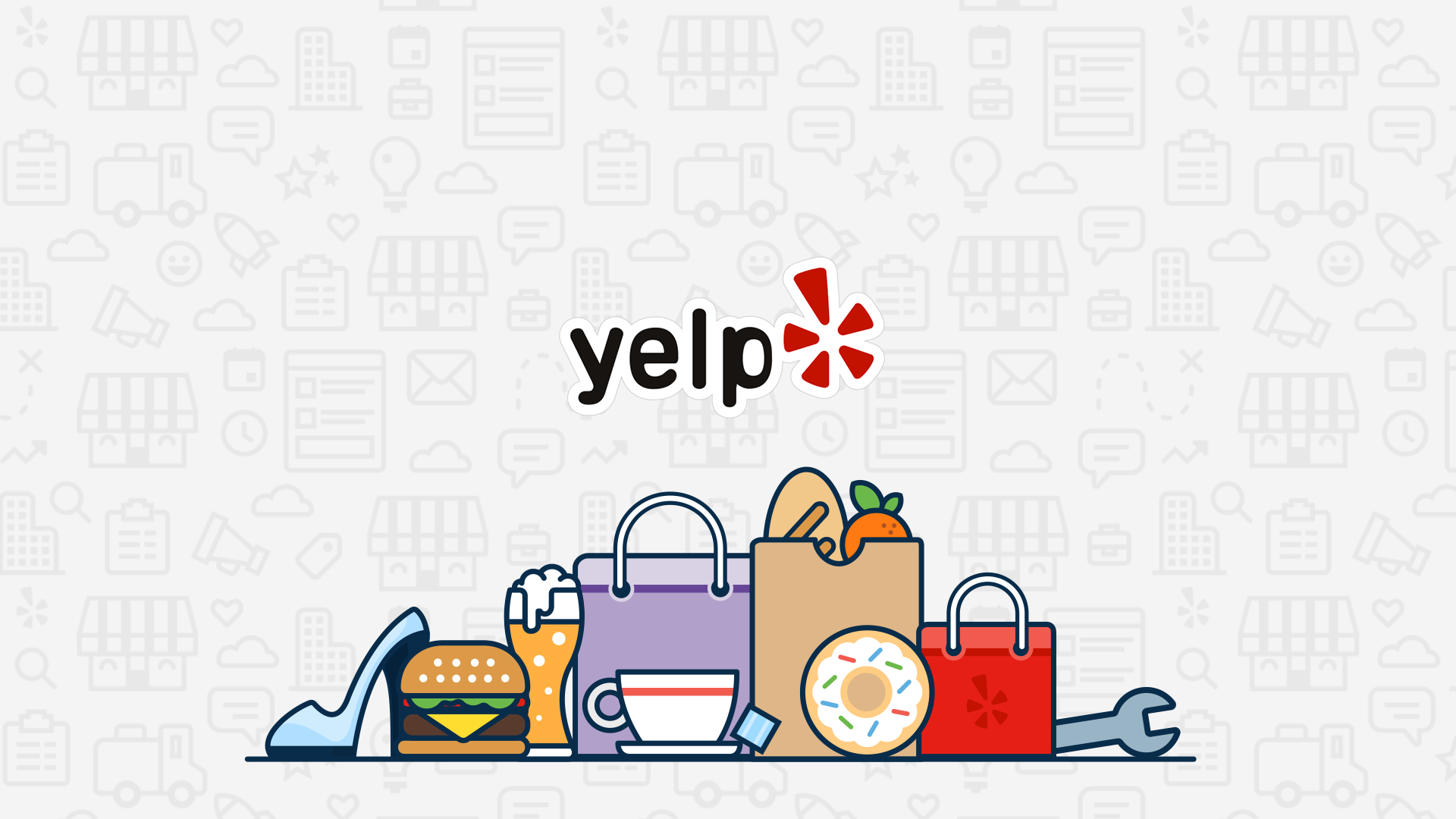 Yelp is a multi-million-dollar company that enables users to review businesses around the world, established by Russel Simmons and Jeremy Stoppelman in October 2004 headquartered at San Francisco, California.  The company focuses much on the idea of customer reviews, which works like a pivotal role in promoting the business, ensuring growth and success.  So, the principle of the company is to pay attention to customer reviews.

Overview of Yelp Statistics, Demographics, Users And Facts For 2021

Yelp takes pride in its achievements in the business world through its website Yelp.com; mobile applications; and the Yelp reservations. As a business recommendation, platform users will have the opportunity to cast their opinion about an outlet, which will be authentic, and people find the Yelp search is real and productive.  It works like a local review site, and customers can check the website for genuine reviews. The following are the statistical information about Yelp; it will be helpful for researchers and bloggers who are looking for accurate data

Visitors access the Yelp platform by mobiles and desktops. Over the years, there has been a steep increase in the use of desktop and mobile Yelp websites. However, more and more people are using Yelp mobile apps to access the site due to its ease of use and convenience. The following are the Yelp visitor statistics of a 2019 study: 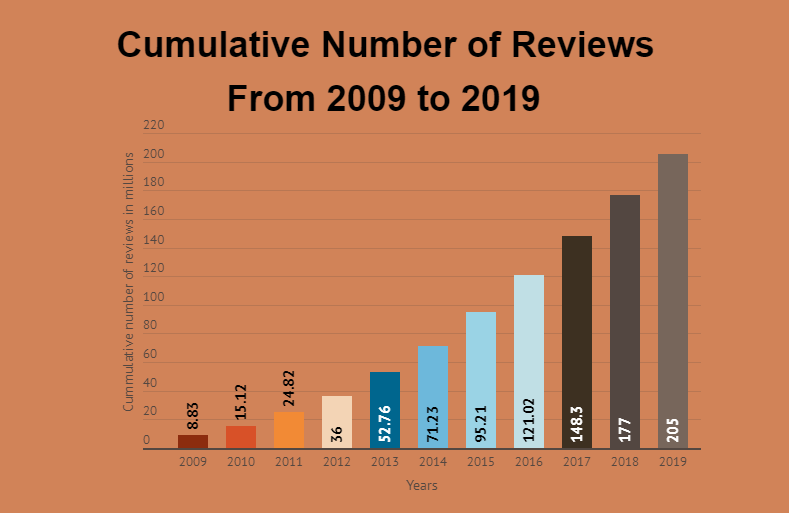 Revenue statistics of business as per Yelp ratings:

Each year Yelp collects the review data and does a study of the local business health. Economic business data analysts study the reviews and ratings posted on the Yelp platform with the help of its Yelp Economic average indicator. The Yelp studies have shown several healthy and wealthy business economies like those in Portland, San Francisco, New York, New Zealand, Milwaukee, and several others. 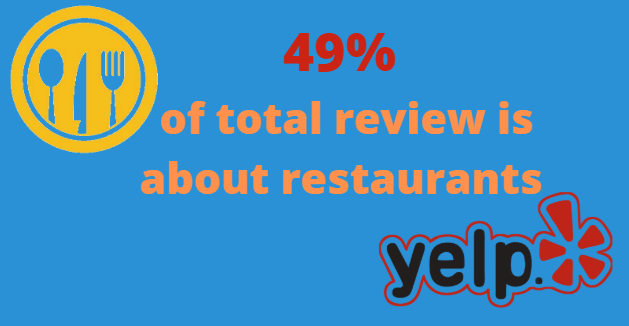 The reviews on Yelp are not just limited to restaurants, local businesses, and shopping ventures, but entrepreneurs, small companies, and hotel owners.  As per the latest data, about 78% of the reviews on Yelp are not related to any particular brand. Businesses realize the importance of bagging that premium position to promote the business and attract more consumers.

Yelp statistics based on the US market.

Almost all age groups depend on Yelp to have a genuine evaluation of products or services that they are looking for, and it is evident in the following data.  By going through the information, we can say that Yelp is not just to cater to the requirement of the younger generation, or it is for the young demographic. While going through the fact sheets, we can find that the average US user falls in the age bracket of 18-34. 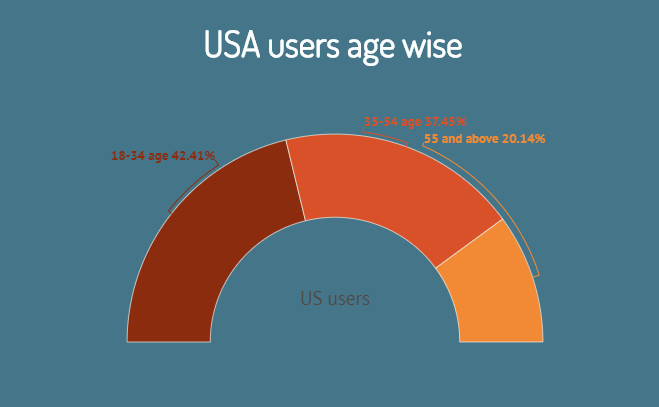 US population and Yelp usage: 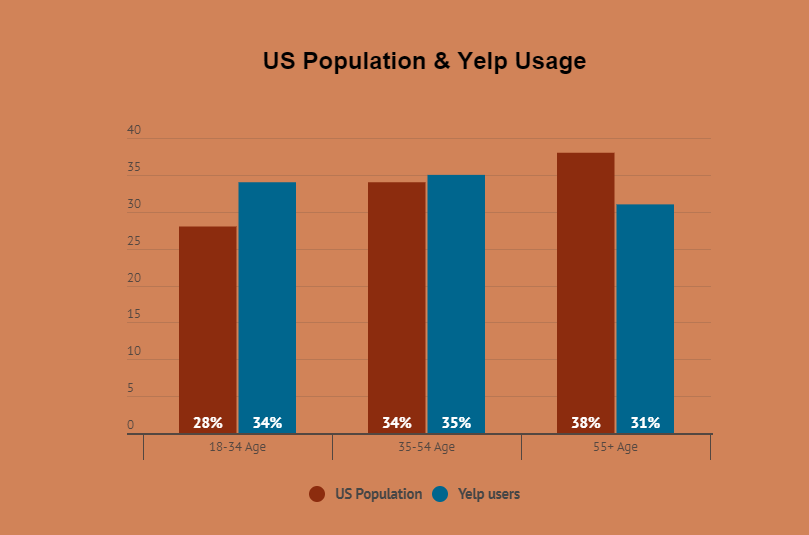 When there are several competitors in the market, which one would you choose? It is where you search for the best industry listings near you. All of this can obtain from reviews listed on Yelp. It also makes the search easier and stress-free. All the information that you would ever need about a business is at your fingertips on Yelp platforms. Businesses get to feature all that they offer on Yelp and get it across to the right audience.

It is easy and convenient to access reviews on Yelp through mobile phones and hand gadgets while you are on the move. The majority of the visits to the Yelp’s platform carryout by the mobile version. The Yelp mobile app is the current trend and soon replacing access through desktops. Most of us have mobile devices, and the year 2019 saw a 50% boost in internet traffic through them. (Statista) 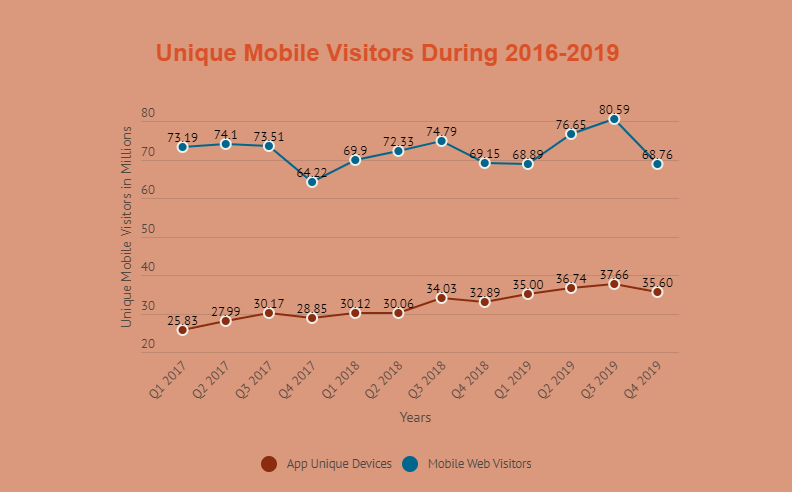 Yelp reviews play an important role in the promotion and brand popularity of a business. Today, businesses rely heavily on social media for the marketing campaign, and the reviews posted by the users also play a significant role in maintaining the brand/product image. The users review posting amounts to about 44% of the businesses, while 41% use reviews to generate more leads, conversions, audiences, and revenue. If you need your business to take the lead, then you need to embrace both the positive and negative sides of Yelp reviews. The total number of cumulative Yelp reviews as of 2020 is about 205 million. 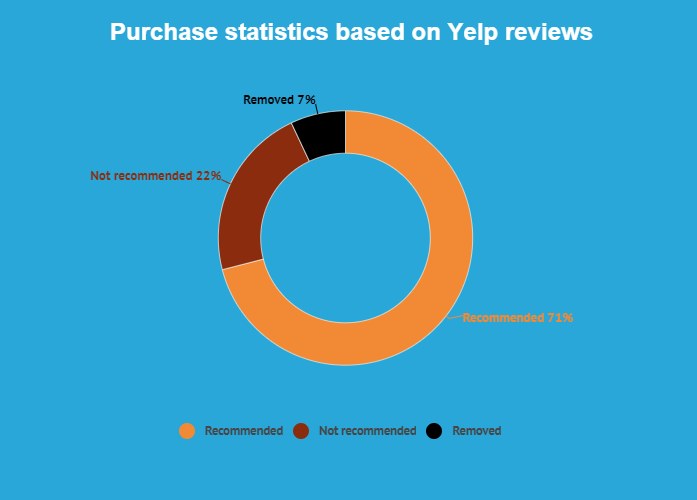 By the end of 2019, businesses around the world saw a stark increase as a result of Yelp. The following are the statistics of reviewed businesses as per category: 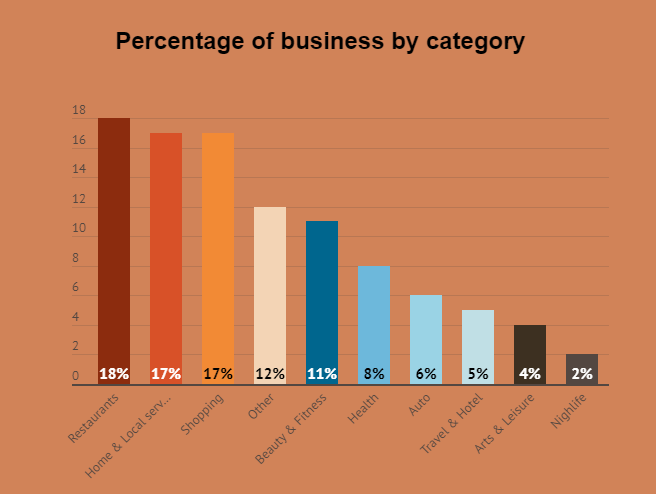 Getting an average Yelp star is the best way to increase your business, which can let you have the edge over your competitors. So, what is the average star rating on Yelp? The average grade in Yelp stands anyway between 4.5-5.0 stars. Anything below to 4.5 stars cannot draw the attention of the audience. When we use the rounding mechanism, 3.78 stars also turns to 4; hence a star rate 4 and below will not give a competitive edge. A star rate of 4.00 denotes the business is just below the average mark. The following graph will illustrate the fact sheet of Yelp rating distribution. (risignstarreviews) 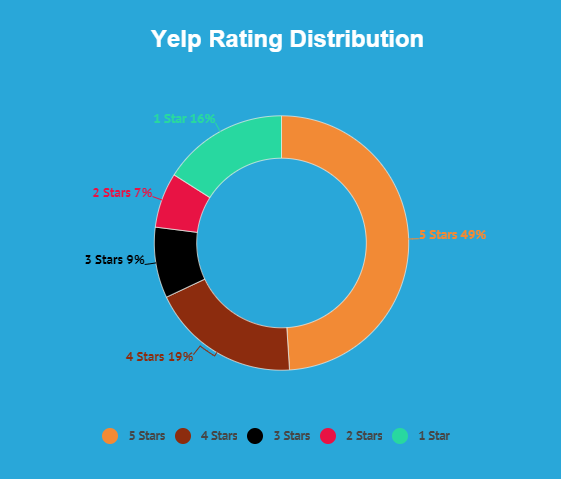 Business owners who invested in ads on Yelp platforms gain maximum profit when compared to other advertising forums. Entities can make high returns as a result of proper exposure and promotion of the business. According to a study conducted by the Boston Consulting Group, it has found that the average annual revenue of companies with the advertisement on Yelp could fetch more than $23,000.

Specific categories of businesses could make more profits. The following are the business categories that had generated more revenue with advertisements on Yelp:

When it comes to dining, a UC Berkeley economist study indicated that restaurants with even a half star rating boosted seat booking up to its peak.

So, if you are into one of those businesses that have been receiving reviews from Yelp’s online community, you would have already seen the positive outcomes. The closure of a company can easily be predicted based on the ratings and reviews platforms. It enables consumers to determine the performance of a particular business and whether it is worth following and purchasing from them. (Reviewtrackers)

Yelp is a platform that connects customers with local businesses. It is a one-stop place that enables you to discover, stay-in-touch, transact, and post reviews about a business. The size of the business venture doesn’t matter, Yelp has it all! With Yelp, the local business is not untraceable and far away. It’s easier than ever to ask for a quote; book a reservation at your favorite spot; dine at a popular restaurant, and choose from the best of services and offers!