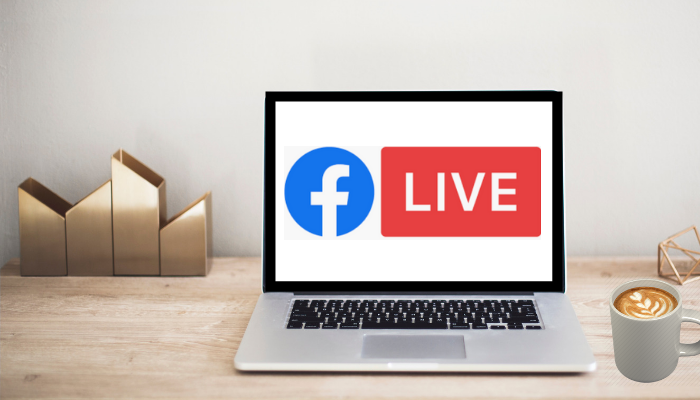 Now a day, people depend much on live video content for getting information, market updates and news updates, etc. Most of the social media platforms are offering live streaming service. Like many other social media platforms, Facebook also started its live streaming in April 2016. The quality of videos and sound are outstanding, and users love to watch the contents without any second thoughts.

Ever since its launch, Facebook continues to cruise forward and has been enjoying tremendous appreciation from the users. The latest feature gives a fresh opportunity to serve a new format of content and offers an easy way to communicate with your clients, audiences, and friends. It has been extensively using by publishers, celebrities, media companies, and even brands. In the beginning, it was broadcasting for mobile users only, but now the services are available for desktop users too, which opens up the marketing opportunities for all segments.

Facebook live throws a significant challenge to the broadcasting services. It is an engaging way to mark your online presence. A look at the statistics will help us to understand the situation in a better way.

Facebook live is an additional feature launched by Mark Zuckerberg, which was not present in the beginning. It has highly influenced the usage and publicity of Facebook in a positive sense.

Comparison with other formats:

Since Facebook live is a relatively new feature, comparison with others can show us how well it has been doing in the market.

The users of Facebook have taken live features as a welcoming new addition. There has been extensive usage by individuals too. The live feature has become the new favorite among the users.

Facebook live broadcasting has multiple uses other than marketing. Many users like it because of the engagement, and they like the personal vibe it offers while watching.

Response to the video:

Live videos have become a very effective way to interact with the audience. They feel as if they are present with the stars themselves and, as a result, engage in comments. Also, an added feature is that many celebrities like to answer the queries on live feed, which increases the authenticity and engagements of the audience.

Facebook live gives options for you to select the video how you want to share before it streams live.  The options are:

Though not all the businesses believe in using this feature, customers using the feature are very much satisfied with the response they get. It has fared better than any other marketing tool.

The Facebook live feature is using by different types of people and brands. Streaming live actions behind the scene activities of shows and celebrities are very common now a day to stay connected with the audience.

The usage of Facebook varies with age and gender. Here is some data to clarify the difference in opinion.

It is always interesting to check the nature and preference of Facebook live customers.  As we know, Facebook live helps the broadcaster to have a better reach to the audience; broadcasters prefer to use live video streaming due to various reasons.  The following information will give you a better understanding of the subject.

Facebook live is not only for business and publicity campaigns but is also using as an effective communication media to stay connected with friends, relatives, and community members. The live stream is extremely beneficial in passing real-time information and also can use to seek help from all over the world in case of an emergency.

Even though Facebook live is a relatively new layer in this field, started in April 2016; it has become one of the most sought-after social media live streaming tool.  The feature allows the user to stream live video to the audience, which is an effective tool to get connected with the audience.  On the revenue generation segment, it offers stiff competition to its peers. During the initial period, Facebook live paid to celebrities and corporate giants like Buzzfeed, CNN, etc., for promotion of the brand.  Let us check some of the revenue statistics of Facebook over the years.

One of the major benefits of using Facebook live is the engagement it can offer to the brand. Irrespective of the nature of the content, whether it is video or text, it has got value to add engagement. Since the live stream can attract more audiences, many corporates depend on Facebook live to increase brand engagement. Those using this feature of live videos do so for getting publicity. So, we must study the effectiveness of this feature among the audience.

As from the above data, it is clear that the new Facebook Live feature has been liked and welcomed by the users. It gives, and authenticity to the video as users get first person experience. They feel that they are present at the venue and attending the event. Also, the live broadcasting helps to increase the interaction rate. All these contribute to the increase in usage of Facebook on the whole. And the success of this platform has attracted many brands to use it, which enhances the revenue of Facebook as a whole.