Telegram Statistics And Facts For 2020 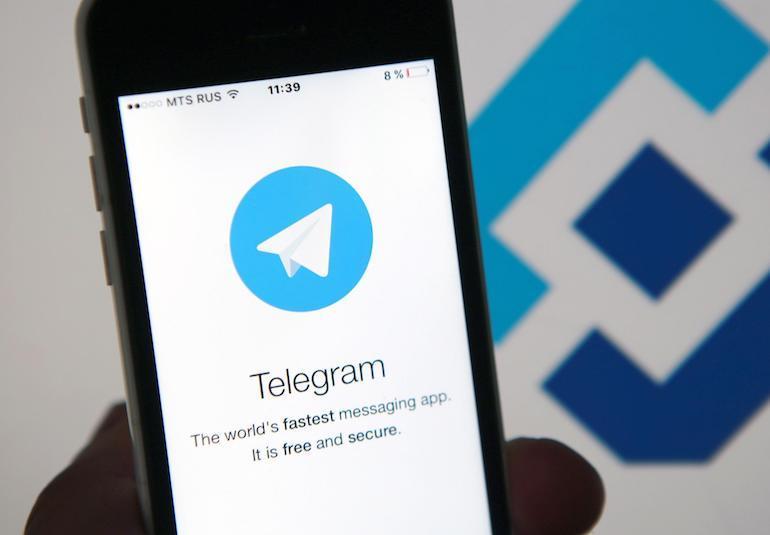 Telegram is an instant messaging service application that is available in both mobile and desktop versions. It is a cloud-based service and is available for download on both App Store and PlayStore as well as Windows phones. The app allows the exchange of audio, videos, photos, and documents and files across the platform. Creator brothers Nikolai Durov and Pavel Durov launched Telegram in 2013. Apart from this, the app is an open-source software on the client-side. This feature provides APIs to developers who can customize the app as per their requirements further.

Although the end-to-end encryption is optional for chats and messages, the app provides this encryption when it comes to voice calls.

The app is ranked at the 7th spot globally in the category of communication apps. It only has the likes of Facebook Messenger, Instagram, and WhatsApp above it, which have been around much longer.

Telegram has seen steady growth in the number of users on its platform.

Telegram by the Numbers

Unique Features of the App

Channels are a medium on Telegram where there is an only one-way communication from the owner or author of the channel.

The statistics for some of the most popular countries: 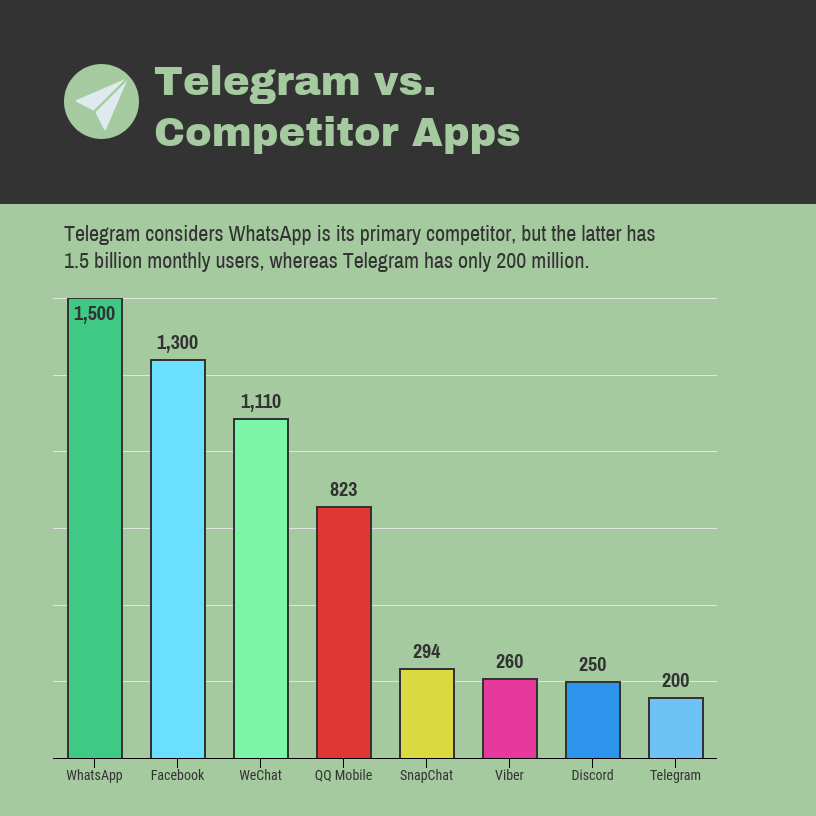 Telegram considers WhatsApp is its primary competitor, but the latter has 600 million monthly users, whereas Telegram has only 200 million.

Other competitors who rank further and higher than Telegram in terms of global popularity include according to the number of monthly active users include:

In a comparative study of leading networking apps in 2017, downloading and using Telegram used 49 MBs as compared to 103 MB for WhatsApp and 125 MB for Messenger.

While files of 160 MB size can be sent on WhatsApp, on Telegram, up to 1.5 GB size files can be shared.

Disadvantages of the Platform

Telegram has two significant features that act as USP of the app: data privacy and security. Moreover, the founders have time and again emphasized that they wish to provide quick messaging that is 100% free. So, the revenue model currently is not established in a profitable standing. However, possible revenue-generating channels are as follows:

Telegram is an app that has relied on the claims of security and the trust in its founders. On several occasions, the company has encountered issues with governments when it has denied leaking any public data of its users. The policy has made the app a favorite among users and has led to its popularity. However, it is surviving solely on donations right now as the plans of launching its blockchain and cryptocurrency have taken a backseat. The company requires significant funding for the next 3-4 years to sustain its user growth over the next few years.