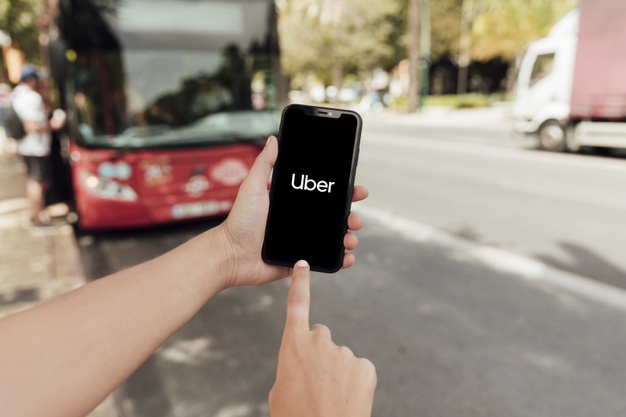 Uber is a multinational company offering ride-sharing, and taxi service, service on demand, micro-mobility service by using electric scooters and bike and food delivery service. The concept of Uber conceived in Paris in the year 2008, but its birth was in San Francisco in 2009. There is a lot to learn from the business model. The company doesn’t have any workforce to help the riders fetch a ride nearby. The software manages all this.

Going around in the city is easier if you can fetch a ride with ease and can make a cashless payment.  Non-fiat currency is the new trend of the world, and many companies, including Uber, trap the digital transaction potential. There are many online taxis and ride-sharing companies in the industry, but Uber has a significant share in the market. But if we look at it from another angle, Uber is just a software that eases the way riders and drivers interact. So, we are paying for the use of this software.

Importance of Uber in the app world

The use of the app is a new way of life. We all have got used to the new way of getting utility services and many other things merely by opening a phone app and doing some maneuverings. Be it buying groceries, or ordering food and getting the house cleaned or banking even calling electrician or plumber is now through an app. So, having a successful app is a must as there is too much competition in each industry.

In just about 10 years, Uber has managed to change the way a common man would hire a cab. They have brought the door to door for almost everyone. And the ease of using app attracts more and more users from all age groups. Uber has helped the drivers increase their income by doing the same thing they know the best they did not have to go to the unknown milestone.

Uber has made hiring a cab so easy at your doorstep. Earlier you would have to go out on to the main street and wait for an empty cab and negotiate the rate.  Now with the apps, you can select the type of ride and click okay for the trip. Within a few moments, the cab will reach your doorstep. The size of the cab can change as per your needs.

How does Uber work?

Uber will charge you for being the middle man, by taking a small share of the money from the transaction. They are quite successful in what they do. We shall look into the growth factors of Uber and how it affects the industry.

Other ventures tried by Uber

Uber was doing well in the transport industry, but now they have recently entered the food delivery service also. The new venture Uber Eats, the app-based venture, is doing well. Uber has also launched helicopter service as per your demand and e-scooters in America. The proof of their success is the Uber’s annual turnover touching the tremendous mark of $11.3 billion. Thanks to the excellent service and user-friendly app. In the coming times, there may be small ups and downs, but the future of Uber business seems to be growing even more.

Uber Eats started its business in the year 2014.  It has crossed the mark of $10 million in terms of revenue and reached around $10.8 million in the year 2019-20. It is not a large number as compared to the cab business but is continuously raising the existing customer base of Uber is helping take forward this business as well. Vox has reported that the market share for Uber Eats has risen to 21.44% by March 2018. It shows the inevitable growth trend.

Trust building among drivers and riders:

It has noticed that Uber takes care of the needs of not only the passenger but also the driver. This effort is bearing fruits, and around 58.7% of drivers are using Uber as their primary source of getting a rider. While 46% of Uber drivers are in association with the company for less than 1 year with Uber, around 11% have been there for more than 3 years.

Uber Driver Demography in the US: New introductions in the app:

A unique feature for tips got introduced in the app in the year 2018 on the demand of drivers. It has accumulated the earnings of the drivers extra up to $600 million in just the fourth quarter in the year 2018. The gains have become even more attractive for the drivers to join Uber. When a person receives appreciation for his work, they get encouraged to do better.  If the recognition comes in the form of monetary reward, then it makes a lot for the beneficiaries.

The diversity of drivers in terms of age is wide. As young as 18 years, people are drivers, and even senior citizens above 61 are also working as drivers. Drivers between the age group of 18 to 30 years are the highest-earning members. It is as high as $17.98 per hour, and the next best is for the persons between 31 years and 40 years at $17.17per hour. The next group from 41 to 50 earn around $16.45 per hour, and the drivers above 61 get around $14.57. There has been an increase in this figure, which happens due to the increasing popularity of Uber among users. If we say that the livelihood of 84.8% drivers above the age of 41 is mainly dependent on Uber, we will not be wrong.

Count of the clientele of Uber:

Lately, CBNC also reported that in the year 2018, Uber had around 91 million customers who actively use Uber in the fourth quarter. This number includes even a one-time purchase of food or a single ride. Uber is doing well, not just in the US but worldwide. According to Vox, Uber has been most successful in terms of revenue and rides completed. It has estimated that around 15 million trips Uber completes daily.

Todd Schneider also supported this fact by saying that there has been an increase in the daily count of rides since 2016. While in the year 2019, in the first quarter it reached its peak. The number of users of Uber is suggested to reach 539 billion in the year 2021. This raise owes to the increasing popularity of Uber; it’s easy to use features and excellent services.

The impressive raise has attracted not only drivers to join but also investors. Toyota has invested a large sum of $500 million in Uber in the year 2018. The profits for Toyota will be high as the gain in earnings for Uber are apparent if we look at the total bookings in freights business alone are suggested to be $359 million. If we take a look at the expansion of Uber all over the globe, we will get to know that as per the official facts in 2018, Uber was available and operative in more than 700 cities across the world in 65 countries.   As per estimates, these numbers will increase further in the future as Uber is one of the most loved service providers in the world.

Globally, Uber takes 15 million rides per day.  The share of download for Brazil was 22% while the US had a 16% share, and India was 13%, and Mexico was 8%. On the contrary, the app Lyft is limited to the US only. Lyft has not been able to spread successfully across the world as of now.

Different types of facilities given by Uber: In larger cities, you can choose from a series of cabs as per your need and comfort. They are named as follows: UberSELECT (for the elite class, higher in the fare but more comfortable), UberXL (for a larger number of passengers), UberBLACK (all black cabs for special occasions, may need advance booking). These specialized services are more costly than your daily travel cabs.

An interesting fact you may analyze when you go from one city to another is that the rates of Uber services vary from city to city. Though we also have to keep in mind that there are a different set of cabs that are available in bigger cities while only simple cabs in smaller towns. If we take an average, the cost of an Uber ride is around $1 per mile across the world, which is much lower than other competitors in the same line.

The success story of Uber:

Another parameter to measure the success of Uber is the number of downloads on the installation of the app. The statistics brought forward by the Sensor Tower Report, Uber app has downloaded by around 6.4 million people, while 4.7 million users downloaded lyft. It comes up to being 57% for Uber and only 43% for Lyft. We can notice a neck to neck competition coming up. The position of Uber is not very safe, but still Uber is on the top spot for 2019-20 since its launch. The success of Uber mainly due to the flawless app, apart from its low-cost operation and outreach to customers.

Uber and the five segments:

No more worries about a lost item:

Recently Uber introduced a new feature in the app to track the lost items during a ride.  As Uber believes in trust-building, they are looking forward to solving this problem. So, if you lose a phone in Uber, don’t panic. You will get it back for sure. Even if it is something else, you will certainly get it back.

The app-based rider company has become part of our daily life, despite the stiff competition. No more worries to focus on the fluctuating meter reading, which is a common phenomenon we used to face on a conventional taxi ride. No more unwanted arguments with the taxi rider. With Uber everything is set before the driver pick you up. With lot more services, features, global expansion, Uber has become a dominant player in the app-based technology industry.