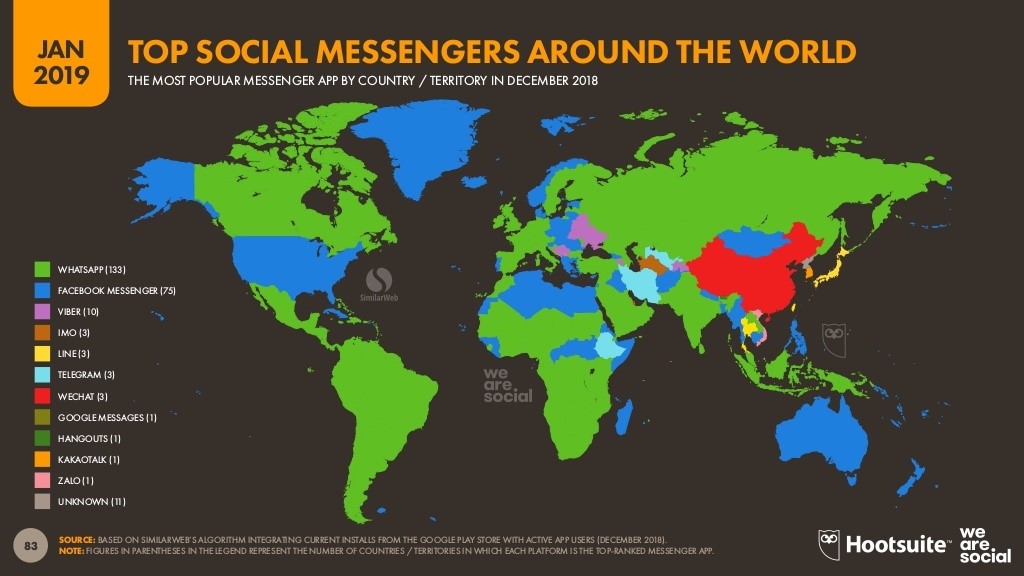 In this tech-savvy world, people prefer to send messages than talking over the phone. It is a quicker and comfortable form of communication. Posting messages on mobile apps are the new trend, and the trend becomes a reality due to the availability of many popular global mobile messenger apps. Many of the mobile messenger apps are the reason for the present-day texting changes, and some of them withered in the crowd, and new players started dominating the market.

We shall analyze the current situation of most popular global mobile messenger apps with the help of available data. Messaging by using mobile messenger apps are instant, real-time chat. You can send messages using an internet connection. With the evolution of mobile phones into smartphones, the trend becomes part of our daily life.

You can find many free apps offering free texting and exchange of files and graphics. They are much cheaper as compared to the operator-based SMS service, and they save time too. The latest features allow people to add more than one person in the same conversation, and exchange of videos, audios and allowing people to create groups.

Firstly, let us look at the number of active users per month for different service providers. Internet messaging apps give an option of sending graphics or even emoticons. So, there is a conversation even without really saying or writing anything. It is an exciting mode of interaction. Obviously, it is a preferred option than the routine boring simple messaging.

Monthly active users of mobile messenger apps as on October 2019 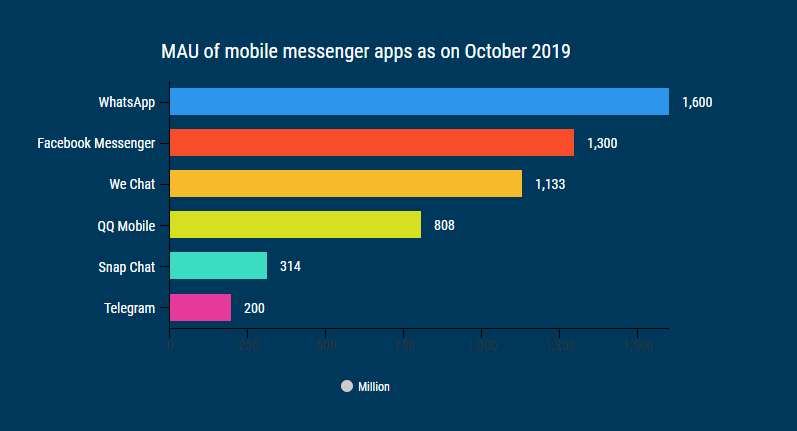 Number of mobile message users over the years:

Let us study the systematic increase in the number of messaging service users over the years. The increased sales of smartphones are one of the reasons for the extensive use of the internet. Most of the basic smartphones also feature with online messaging apps. We can find a tremendous increase in the number of mobile app messenger users every year for messaging, and the projections for 2022 are overwhelming. (Statista) 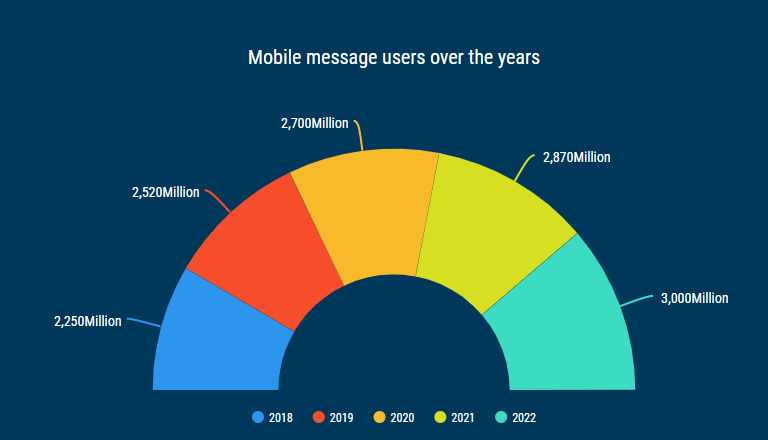 Text instead of making a phone call

Telemarketing has gradually faded out due to the influx of messaging features, which are quick and convenient. Unlike a phone call, you don’t have to attend the message immediately, and it gives you the freedom to read the message at your convenience and reply. Corporates depend much on mobile messaging apps, and the dominant player of the messaging market is Facebook, who owns and manages WhatsApp and Messenger, which has the largest market share in the world mobile message apps.

The more a user spends time on the platform, the more they are going to get used to it and engage with it. Users get more and more comfortable and start to use emoticons and also involve groups to make the conversation fun. Having a conversation with many people can be cool and for the professionals, it has significant advantages. They do not have to send instructions multiple times, and the works get executed quickly. Also, as for the family groups, good news, or any other information can share immediately with all the members rather than calling each of them individually.

Sessions of each app in use: 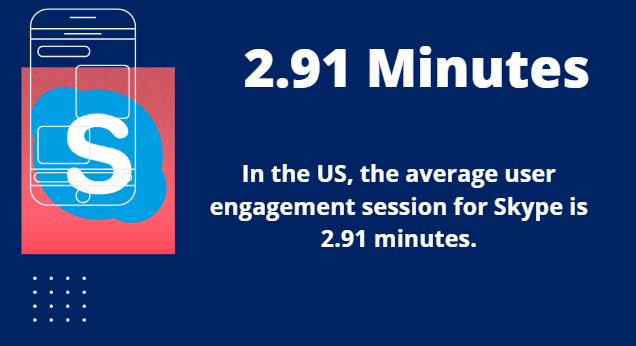 Considering the average user engagement session, Skype score over the rest. Features on Skype are much better than the peers in this segment, as it offers live sessions allowing users to see each other while talking. Now a day, many companies prefer to live interviews, and Skypes services are better in terms of quality. Also, it is the best app for live online coaching. (99firms)

Reach of service provider among users:

When you continue using an app, you will get more exposed to it and its features. Generally, there will be frequent updates, introducing new added features and emoticons. Mobile messaging apps offer features to add multiple people in the same conversation. Messaging to a group of people is more fun. People who use these apps generally influence their others to use these services, which makes communication quick and easy. But in the case of SMS, you will have minimal options and no group chat features.

The reach of mobile messenger app services for the year 2019 is as follows: 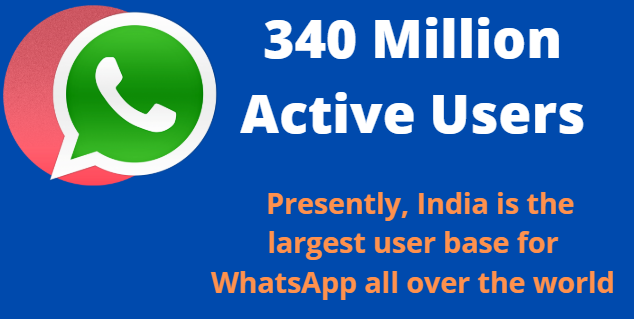 If we look at the different sets of age groups, they have different preferences for messaging apps. All do not use the same app. The easier the app is to use; the more people will use it. Elderly and young prefer to use the apps which have less complicated features and can use faster. While the working class prefers apps with multiple features and where group chats are fun and quicker. The working user group wants larger groups at the office and home so that they can be in touch with friends and family all at once.

There has been a gender bias in the use of the online messaging app, though nobody imposed it forcefully; still it is interesting. You can see more men are using mobile message apps than women. But this difference is slowly going to diminish. In the modern world, virtually no difference between men and women as everyone possess a smartphone. And all those who have a smartphone will sooner or later come online to use these services. While men like to use it for official purposes, women want to keep in touch with friends and family and keep the gossip circulating.

When we study the revenue pattern of mobile message apps, the revenue of WhatsApp shows a significant rise. The revenue figures reflect the growth of the online messaging app, and it continues to increase with each passing day.

Separate statistics of WhatsApp is not available since the acquisition by Facebook. However, the following are the prediction by Forbes.

As we have seen from the above data, the entire world is under the influence of various mobile message apps, more and more users are coming onboard the online messaging service. These numbers are bound to increase further as the speed of the internet is becoming faster and faster with each passing year.

Who leads the market? The data is very clear about it. The undisputable leadership goes to WhatsApp, followed by Facebook, and both are from the same family. The advancement of internet technology will reduce the cost of operation, which will help the service providers economical services with cutting edge features. Hence in the coming years, online messaging is going to be even more popular, and people will be using it for commercial as well as personal activities.