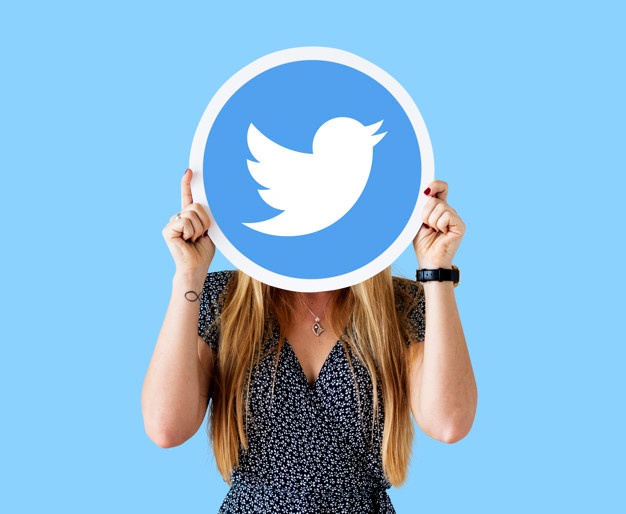 Ever since the first tweet went out, it has been clocking some impressive numbers. From the latest news to campaigns, Twitter has created a cultural consciousness. It has also become the most preferred platform among the millennials to garner news, follow popular hashtags, and many more. In Twitter, users post microblogs and interact with other users are known as tweets. It started in 2006 with 140 characters, which brought the attention of the global audience to deliver messages which rose to prominence. At present, Twitter has upgraded the characters from 140 to 280, and it can support 40 languages.

Twitter has around 35 offices around the globe and supports 40 different languages for its users. It has introduced different target language through which it is easier for the advisers and marketers to reach the audience. It is easier for advertisers to target with promoted tweets and promoted accounts in languages in which the audience understands, while users are eligible to see relevant ads in their language.

Language targeting has become easier for marketers to reach their global audience on a global scale through language-specific messaging or countries where the large population speaks multiple languages.  For example, if a travel brand wants to reach French-speaking travelers in the U.S, it can combine the U.S. travel category, geo-targeting interstate.  It can do so by targeting the French language and get connected with their targeted audience.

The importance of Twitter aims to encourage communication between multiple parties in the public forum. It allows getting instant feedback from customers and potential clients. Whereas other social media platforms are building that gap with a unique perspective on different themes.

According to Jack Dorsey, the CEO, and co-founder of Twitter, Twitter is making the platform healthier and valuable with its everyday service. There are 330 million monthly users and 500million daily users, which accounts for daily tweets posted every day.

An estimated 80% of Twitter users prefer using mobiles to scroll through the app, while 93% of users prefer watching instant video updates.  The total ad engagements show a 91% increase while comparing with last year.

The majority of Twitter users log in through phones instead of computers or other electronic devices. However, Twitter account holders face restrictions in using the social media platform due to the moderate data network, insufficient space in the cellular phones, etc.  On March 23, 2018, Twitter introduced Twitter Lite, a Progressive Web App.

The focus of Twitter Lite is to minimize data usage, loading of content, images, and videos promptly and conveniently on moderate networks and takes up shorter space on your device. The aim is to create Twitter suitable, useful, and trustworthy. A platform to find what is happening around the world, even if the user has slow network coverage.

1.      Data saver: Twitter Lite is within reach of the audience with moderate and limited data, bandwidth, and device restraint. Through authorized data saver, one can control photographs and videos, that wanted to upload on your device. The user can load all kinds of content at any time by striking “Load image” or “Load video” by helping to save money and data consumption in real-time scenarios.

2.      On 2G-3G networks:  The app consumes less space to install, and it can quickly access on 2G and 3G networks. It is an advantage for users who still don’t have access to 4G and 5G network services.  Twitter Lite is the fastest social media site still working on 2g-3G networks, inexpensive, and loads fast on low-frequency networks.

3.      Bookmarks: An easy-to-use bookmark feature allows one to save important Tweets for later references, which can view when one has more and data or a better internet connection.

4.      Night mode:  Timeline, which gives a darker theme mode, which is also known as Night Mode. It is easier to read, comfortable for the eyes, and is also suitable during the day.

Twitter has become one of the most influential social media platforms for almost everything and anything. The audience does make an account on funny videos, on quotes or their dogs, and most hilarious, meaningful posts every day, which results in a large following. Eventually, small kids have their own Twitter account and channels on other platforms.  It allows them to give tips and showcase daily routine, how to put on makeup, and advice to others.

Following any particular brand or celebrity, any tweet which has been posted by them gets notified to their followers. To spread the news about their work out, trending news, new launches, campaigns even before it becomes a piece of news, Twitter plays an important role. It’s more like live news broadcast without watching the television.

It has become one of the fuss-free platforms, where it is easier to interact with your favorite celebrities, both movie stars, and singers. Many sportspersons, politicians, and other public figures take Twitter to keep in touch with their fans and make online discussions. On an average basis, each Twitter users have 707 million followers, and on average, 391 million users have zero followers.

When we take the top 20 people and brands on Twitters, the statistics show as follows: One of the significant developments of Twitter is that it has become video and image-centric, which enables users to transmit the content like video or image. Tweets with images have a 150% higher re-tweet ratio and 18%more CTR. According to the studies, it has found that 48 million twitter active accounts are estimated to be bots, to show there is a large scale of audience.

From startups to well-established brands do have an official account on Twitter, or they make it a point to have a Twitter account. Many users publish their feedback on the products or services, whether it is positive or negative, on Twitter, which prompts companies to focus on the issues or improve customer services.

The positive and negative feedbacks:

The wide reachability of the audience forced companies to have a good customer relationship with their audience to garner their interest, views, and opinion on the existing and upcoming products and services. These high-end brands make sure to revert to their audience in terms of assisting them with the queries. There are more than 45% of the cases where the audience has shared negative feedback on the brand. And 60% of the customers on Twitter expects a brand reply to their query within an hour

The smooth and public interaction on Twitter has opened an excellent opportunity for the Brands to streamline their P.R. activities and solve customer queries online. These top 58% of brands on Twitter have over 20K followers. They have an in-house digital team who make daily post one or two tweets every day, which accounts for 95% of the brands. Also, 66% of companies have projected that they have over 100 employees who are on Twitter.

Twitter introduced hashtags to stay in tune with the latest trends/events happening in society. The hashtag has created on various occasions through which one can refer news on the topic, which would both be trending or not trending. It helps in creating more buzz around the issues which can view by many across the globe. It is a new trending method through which news travels faster, and the audience can know what is happening across the world without any restrictions.

Example: Korean bands or singers were not very famous, one of them is K-Pop, they were not famous as they are today. It is since audiences have started sharing the meaning of the songs sung by K-Pop singers. People started liking it and shared it on their feed. Eventually, more audiences came to know, and it spread like wildfire. If one just Type #Kpop or #BTS there will be millions of tweets just for them. Similarly, with Marvel Movies, from the old movies to the latest one, the audiences from different age groups do talk about Marvel movies and keep sharing their theories through twitter.

According to various studies and surveys, it has found that 34% of Twitter users are females, and 66% are males. Those who use the internet daily, 24% of males and 21% of females are using Twitter only. Roughly there are 42% of Twitter users who are on the platform daily. Mobile marketing campaigns or video content are a form of digital marketing technique that helps in enabling marketers to reach their audience effectively through mobile phones. Even though people are spending too much time on their mobile phones, content creators are creating content that engages with the audience. Multi-channel marketing technique using different strategies and tools to trigger social media updates to run faster to gain maximum numbers of views within an hour, which is 70%.

Statistics from the internal details of Twitter shows that video content needs to be equally effective irrespective of the audio features. Mobile optimization is a good bet; it should be punchy, short, and vertical. Video tweets bring engagement more than 10x (10 times).

Tweets with promotional videos save 50% on the cost per engagement of the brand. While focusing on advertisements with any video content, there is a pre-roll video content from publishers’ partners. It would position the ad with 15 secs before desirable brand-safe content. The advertisements are performing effectively for their brands to reach their target audience.

Many videos have been posting daily, and about 93% of these videos watched through mobile phones. The content needs to be useful, which would be remembered by the audience equally whether or not the audience can hear the audio of the video content.

Transformation of the content which started from Tweets to image content to video content, now there is an introduction of live streaming. One can shoot a video live, which will have millions of viewers within minutes. This feature has intrigued more than 80% of the audience to use this feature.

The facts and statistics on Twitter are limitless, and it gets updated every moment. Twitter is a useful social media for receiving updates, including news. The above provided statistics and facts on Twitter are helpful for research purposes and supports digital marketers to strategize their business objectives.

The social network usage trend of Twitter shows some negative sliding as per some recent survey reports. However, its significance as a social media update tool remains undisturbed, especially for covering live events. Live-tweeting on sports and television events continue to remain as the main attraction of Twitter, and its relevance is persistent in social life.