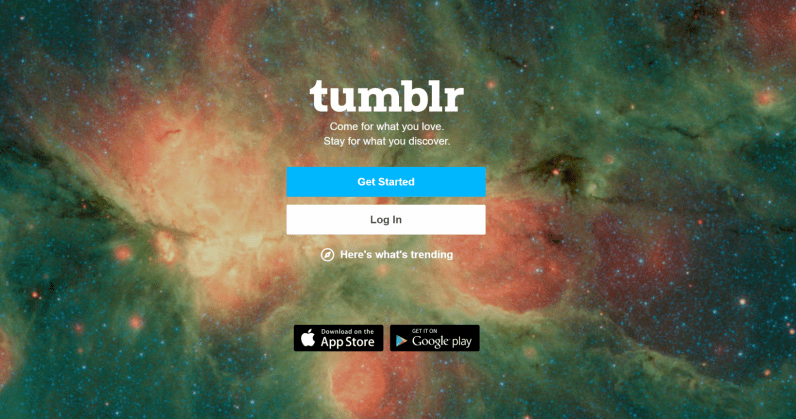 David Karp mooted the concept of tumblelogs, a regular blogging platform in 2006. However, after waiting for larger brands to start a similar platform and not finding anything close in over a year, Karp started his blogging platform and launched Tumblr in February 2007. Although the platform initially started in tandem with Marco Arment, who was also a developer for the platform, Arment left Tumblr in 2010 to work on his other project- Instapaper. Jeff D’Onofrio is the current CEO of the company

Overview of Tumblr Statistics, User, Demographics And Facts For 2021

Number of Unique Visitors in 2019

A global survey of the desktop and mobile visits to tumblr.com between May 2019 and October 2019 revealed the number of unique visitors to the site.

Reasons to Use Tumblr in the USA

2100 people aged 15 years and more were interviewed in the USA to understand their primary purpose for using Tumblr. The interview was across a period of July-September 2019.

In the same study that identified the reasons to use Tumblr, it also identified how often users used Tumblr.

The ownership of Tumblr has switched hands multiple times.

The highest activity in Tumblr happens between 4 pm to 10 pm EDT. Saturday and Sunday have the most actions.

Tumblr vs. Other Social Networking Platforms

Social Network Usage in the USA

The United States is the most popular user-base for Tumblr and has always been the most popular one as well. However, although the USA generates half of the traffic for Tumblr, the country itself doesn’t rate Tumblr as its most popular platform and falls short by a considerable margin.

A study in September 2019 conducted in the USA for 20,000 users aged 18 years or older to gauge the popularity of social networking apps in the country by analyzing their user engagement in minutes per month.

The study also determined the number of monthly users for September among popular apps.

Since it started, there have been five rounds of funding for Tumblr.

Based on the business model, Tumblr has four revenue sources.

Since the NSWF ban,  Tumblr lost a lot of traction on its website, as well as the app. Users have shifted to platforms where their freedom to express stays unharmed. Although the microblogging platform started on a very high note, the success has been a rollercoaster, and after several big names in the industry have failed to help Tumblr in reaching a stable position in the social networking space. WordPress.com seems to be the final straw in the hat.

The WordPress acquisition of Tumblr at a dirt-cheap rate has not reduced the challenges facing the globally recognized blogging platform. While Tumblr is doing fairly well in its position as a complement to WordPress.com, only the future will reveal the scope of growth for Tumblr and its sustenance in the microblogging world.