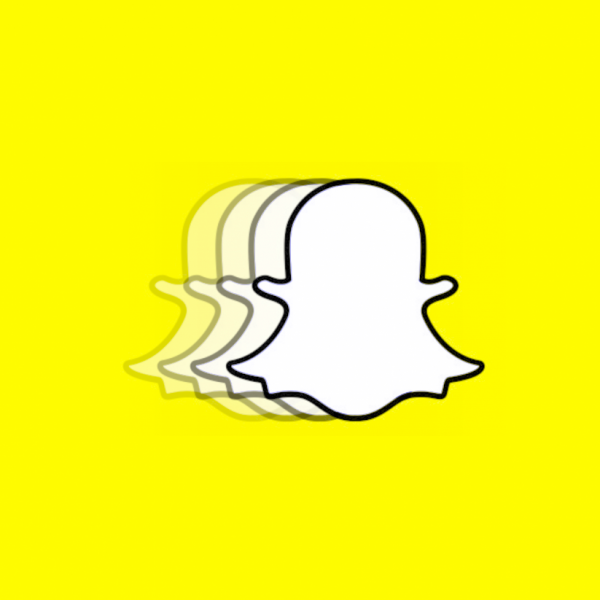 Snapchat is a multimedia messaging platform with short life content as the USP. The concept was the ambitious program of three Stanford University students, Evan Speigel, Reggie Brown, and Bobby Brown. Quite humble in its beginnings, this app was introduced to the world from Evan Speigel’s father’s living room in July 2011.

The innovative idea of sending pictures or snaps with a short life received a tremendous reception from the online world, and this marked the beginning of Snapchats successful journey. The pictures and images sent using Snapchat have a life of maximum 10 seconds or until the recipient closes it.  After this, the recipient cannot access the image, and it gets deleted automatically

The idea of content which disappears forever is an innovative concept compared to other platforms where the content never gets deleted permanently. This feature encourages multimedia sharing online, and with the introduction of video sharing in 2012, Snapchat set its identity as a complete multimedia sharing app. Recently Snapchat has gone a step ahead and enabled the use of text and has embraced all forms of communication within its realm. Further to the success, Stories were launched by Snapchat in October 2013, and in August 2014 Snapchat introduced Geofilters to its users.
Improved user interactions are the key driver of any social media platform and to achieve this and also to improve the user engagement Snapchat came up with a novel concept called streaks on March 29, 2016. Streaks carry an element of games and fun as well. Users interact continuously and have to exchange messages for a minimum of 3 days after which a fire icon and number will appear against their username showing the score. Snapchat added more fun for its users by introducing Bitmojis and Memories in July 2016.

Snapchat User base and Growth

Snapchat is very popular among millennials and Generation Z.  Generation Z has taken a considerable liking to Snapchat, and reports show that teens prefer Snapchat more than platforms like Facebook or Twitter. With 69% of teens preferring to use Snapchat, only YouTube and Instagram are more popular than Snapchat among teens. 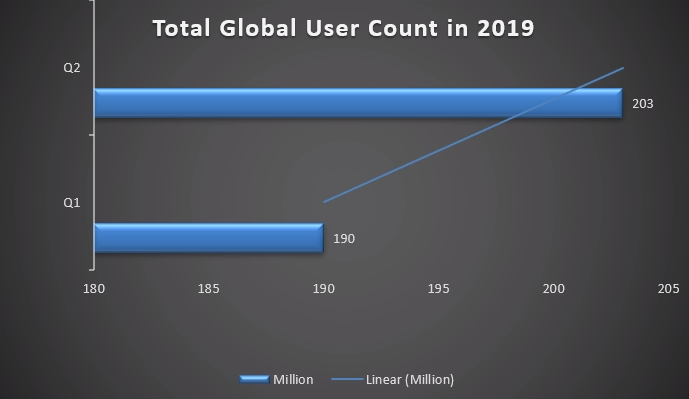 The global user count of Snapchat stood at 190 million in Q1 2019 and 203 million in Q2 2019.  From North America alone Snapchat has a user base of 83 million and users from Europe come to 64 million. It looks like the stronghold of Snapchat is North America. But the rest of the world is fast catching up to this messaging app.

The daily active users show a remarkable increase of 8% every year, and the growth was most substantial between 2014 and 2017.  24% of social media users in the US use Snapchat. The US also has the largest Snapchat users, with 97.55 million, followed by France having 20.3 million.

Considering gender-wise user segregation, Snapchat is a female-dominated world with 61% of global Snapchat users being females. Only 38% of the users are male.

41% of teenagers in the US prefer Snapchat as their social media platform. Here Snapchat has beaten even Instagram. Instagram has only 35% of its US audience as teenagers. Snapchat users are quite a young crowd. 34% prefer to use Snapchat as a platform to hang out with friends.19% of the users try it for shopping, and 14% use it for social events. Snapchat also gives good conversions for businesses. 1 in 5 of Snapchat users ends up purchasing the products they see on Snapchat. Snapchat success story started showing signs of slowing down in growth with the boom of Instagram. However, innovations in AR helped Snapchat to recover a bit in 2019. AR filters enhance the filming capacity of Snapchat lenses. According to the Snapchat Q2 2019 report, within the first couple of weeks after release, around 200 million of the users tried out the latest AR lens. The number of users who submit new lens grew by 20% compared to the previous quarter.  As per available statistics, an estimated 50,000 lenses have created until now by the users. Thus, the engagement with Snapchat lens increased tremendously in Q2 of 2019 compared to 2018.

Landmarkers is yet another useful feature which animates the important landmarks in the world. Creator profile is a nifty tool to help Snapchat users view the creators and lenses and also check out their content. The Shoppable AR Lenses introduced by Snapchat in 2018 helps users to buy their favorite items online through Snapchat.

Snapchat is also trying to increase user engagement by utilizing gaming in the platform. Users can unlock trophies which are mostly emojis, on completing specific tasks, when they use the filter, or when they send snaps or post videos on the Live page. To improve the gaming aspect further, Snapchat has also recently launched Snappables, an AR selfie games.

Snapchat had enjoyed massive growth in its initial years.  Though recently it has experienced a slow down due to the tight competition from other social media platforms, it is still popular among the masses.  As per the industry experts, it still holds the potential to bounce back.

Snapchat has been trying to woo more advertisers into the platform to increase the advertising revenue. To this end, Snapchat introduced Discover in 2015. Using Discover, users can browse content from Snapchat partners like CNN. It allows Snapchat to sell ad space within the content of the partner. Initially, these ads had a price tag of $750,000 a day. Recently the pricing has fallen drastically, and the ads can now purchase for as low as $50,000.

Snapchat again innovated with Snap Ads where the advertisers can purchase these short videos at a lower price. Since the click-through rate is five times higher for these ads, this is expected to boost the advertising revenue of Snapchat.

In June 2018 Snapchat’s CPM was $2.95 per thousand impressions. It was quite low compared to $4.20 of Instagram and $5.12 of the Facebook mobile app. It is the latter part of 2018 that recorded an increase in the ad price of Snapchat. This increase can attribute to the introduction of programmatic bidding.

Sponsored lenses are the most expensive to buy in Snapchat’s advertising kitty. The starting price is $450,000 and can go up to $700,000 during special events.  As per the plan, the advertisers can buy also buy six seconds of ads. These ads are non-skippable and appear in between Snapchat Originals or Snap Games.

However, the success story of Snapchat is not without pitfalls. Experts believe that Snapchat is going slow down as far as user growth is concerned. By 2023 it is expected that Snapchat can acquire only 600K new users from the US. One of the main reasons for this slack could be the emergence of Instagram as a preferred social media platform. Instagram stories are finding more acceptance among users, especially women and the younger generation. The engagement for Snapchat stories has reduced by 15-40% after the launch of Instagram stories.

But whatever it is, Snapchat is not going to disappear shortly. It remains to be a preferred platform globally and especially among teens.  Future projections for Snapchat say that this platform will gain 1.2 million more followers aged 12-17 by 2022. Snapchat will remain a favorite of the younger generation and holds an immense marketing potential for taping business.

Wherever you are and whatever you are up to, Snapchat lets you share a snap with a friend and no worries it got automatically deleted. So, feel free to share the fun with friends because the content you share will disappear forever without leaving a trace behind.